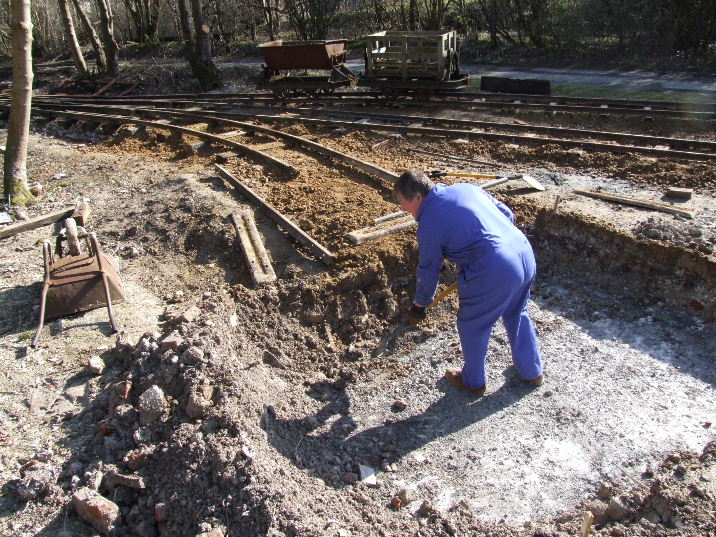 A large hole has been dug for the turntable. The Museum JCB was used. 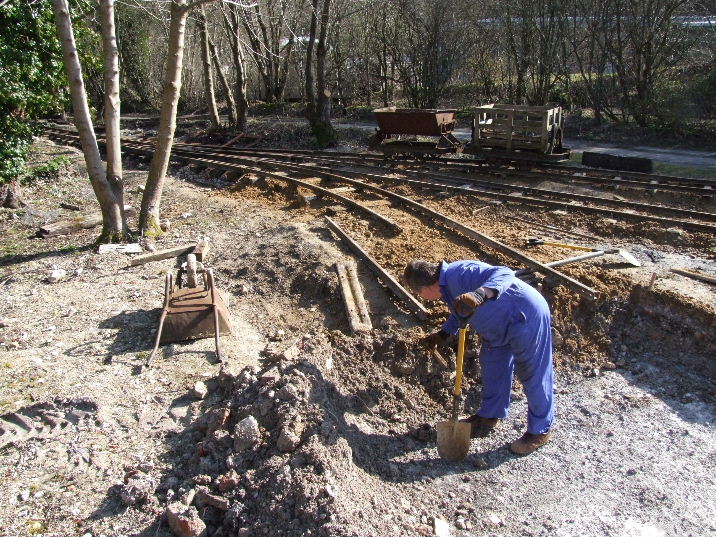 Nigel squares off the sides ready for the concrete pad. 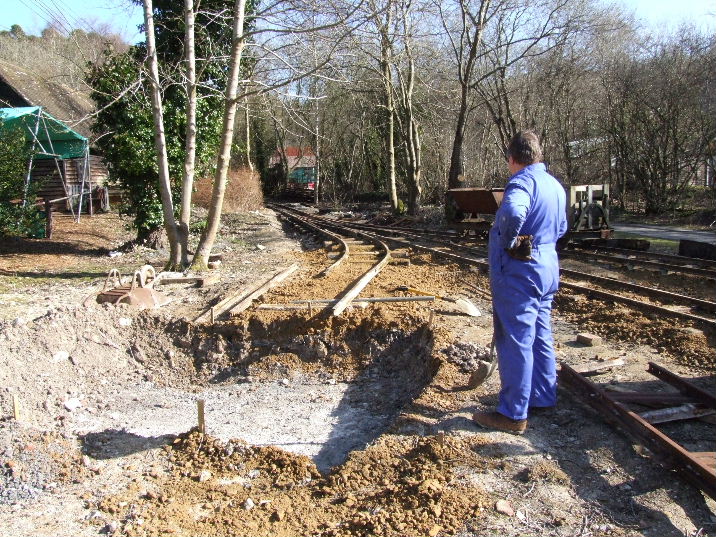 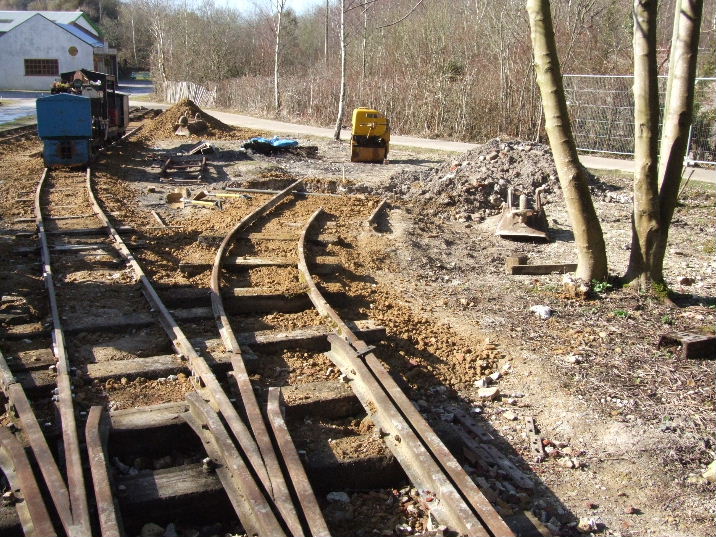 Looking from the 3-way point towards the turntable pit. 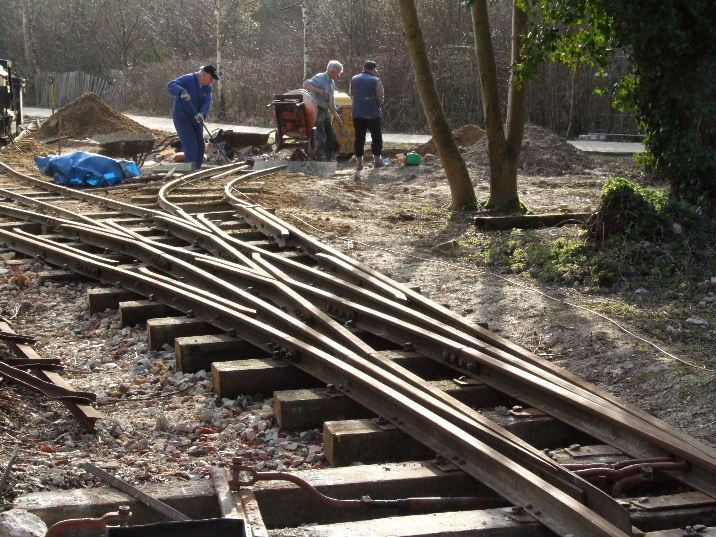 Same view from slightly further away. 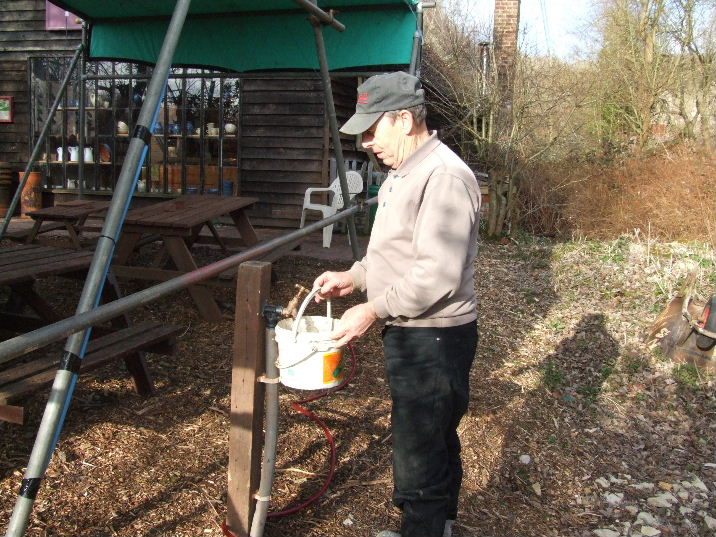 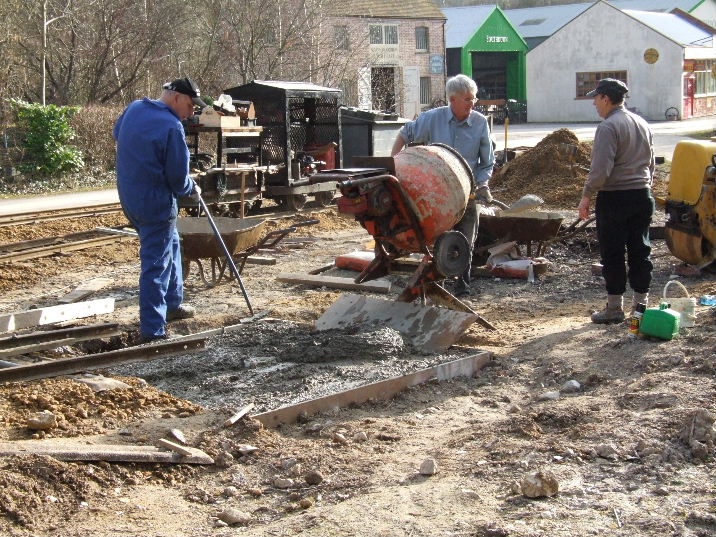 Concreting in progress. One load is spread while the next is mixed. 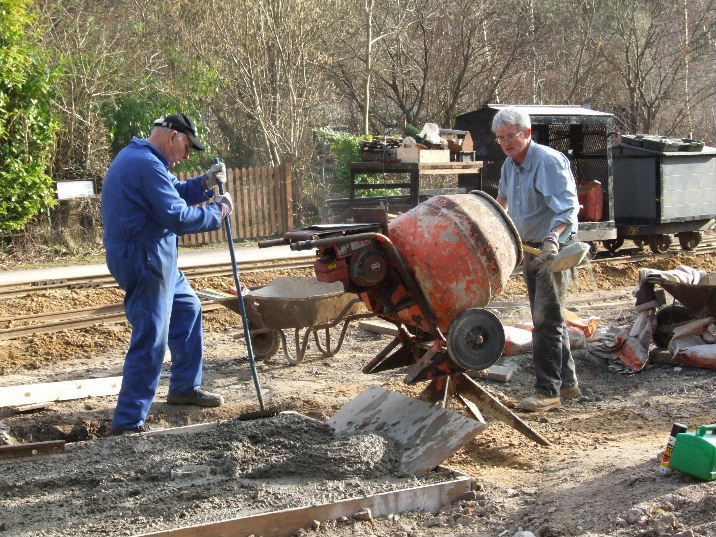 Roland tamps down the wet cement into the corners of the box. 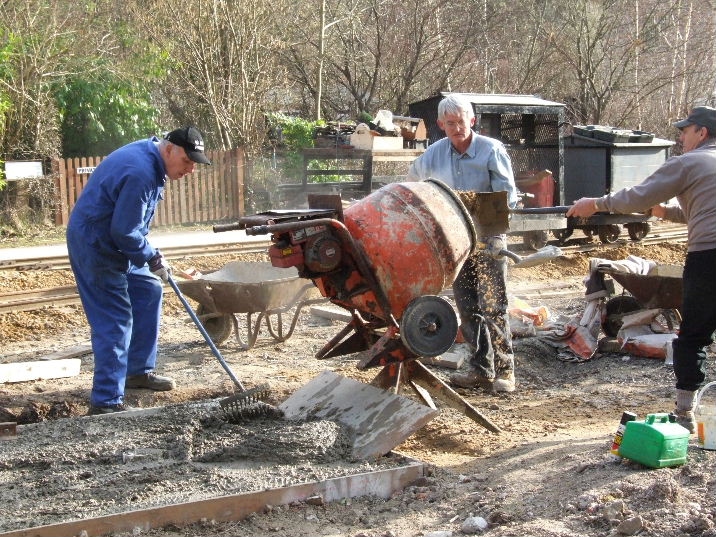 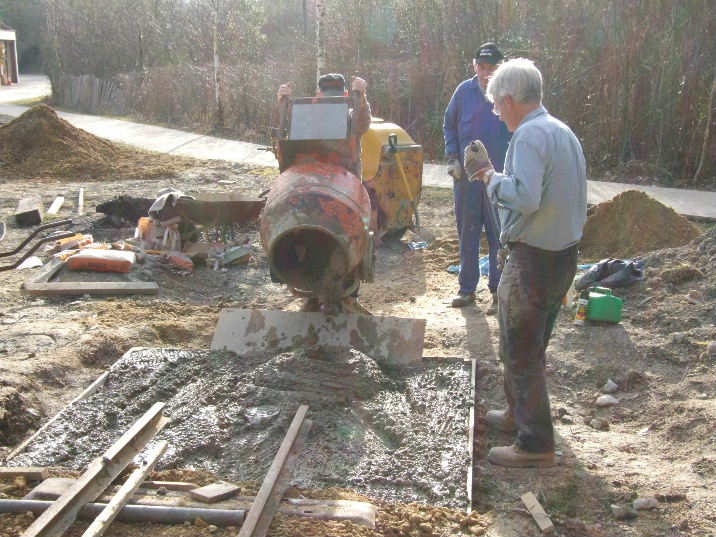 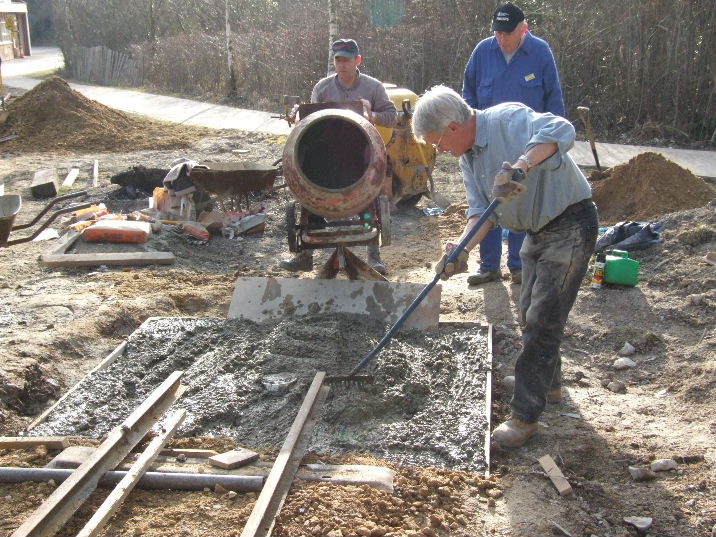 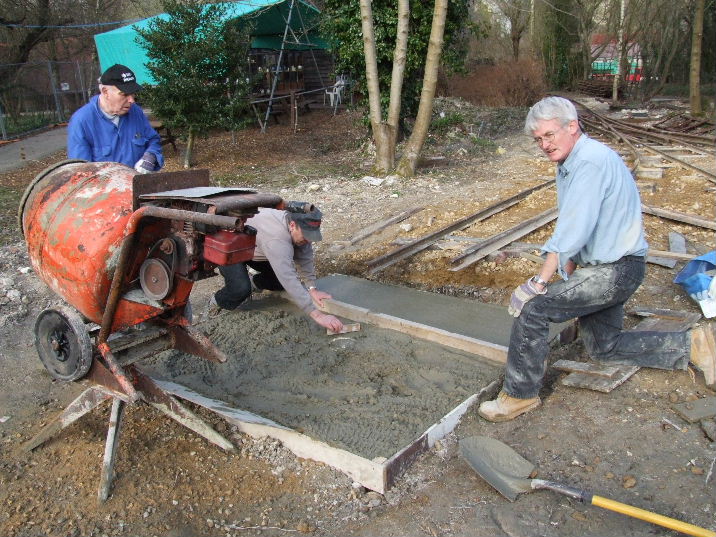 With enough cement poured, the job of levelling can be most satisfying. Tony gets distracted. 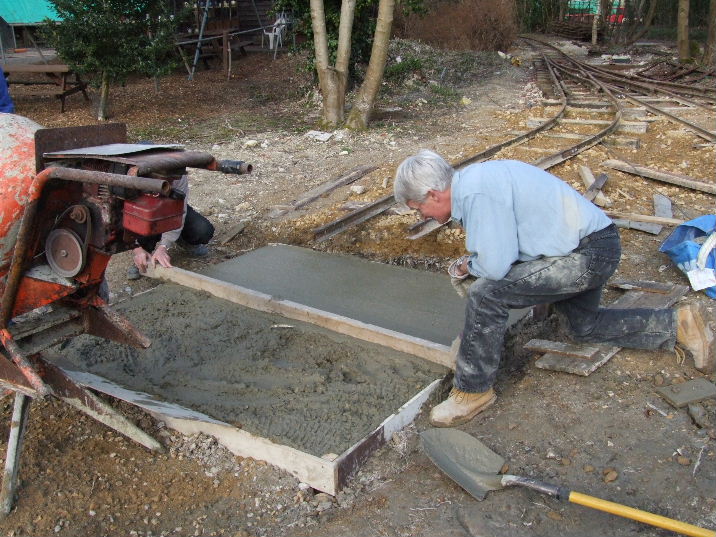 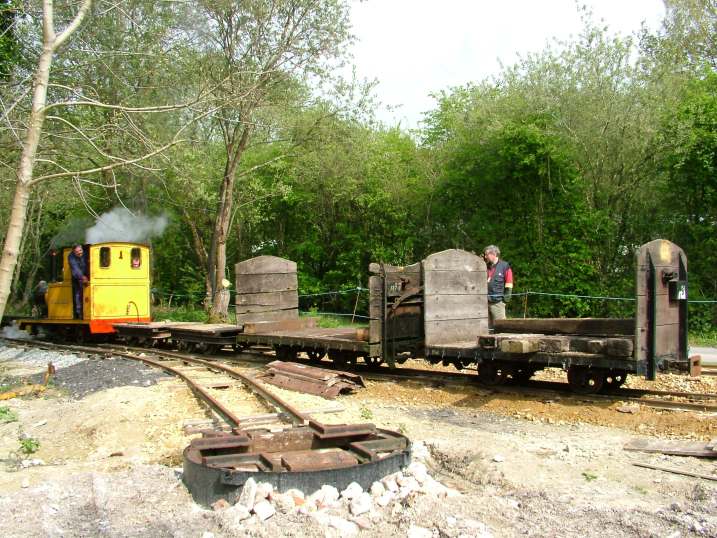 The ground has now begun to be built up around the turntable. Polar Bear does a bit of shunting in the background. 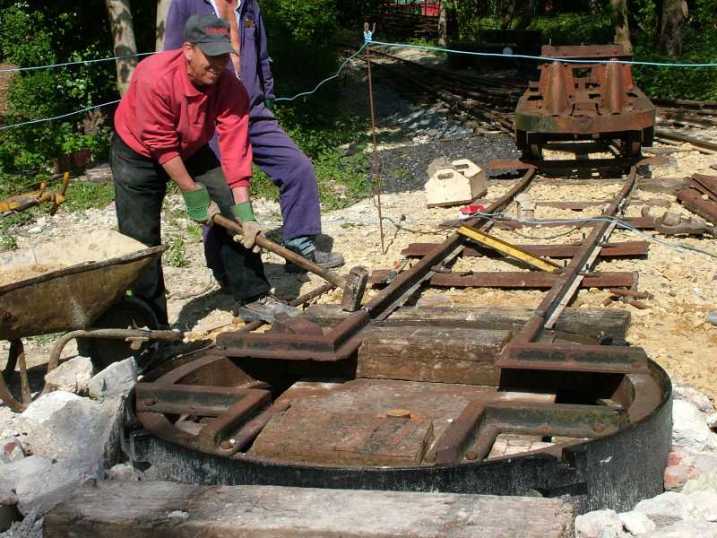 The track leading up to the turntable from the point was then gauged and levelled. 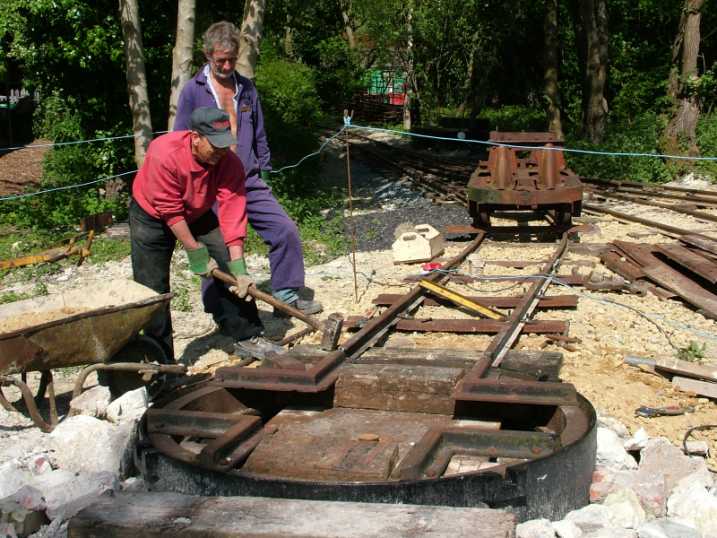