We got the weather right again. The sun shone and a great time was had by all. 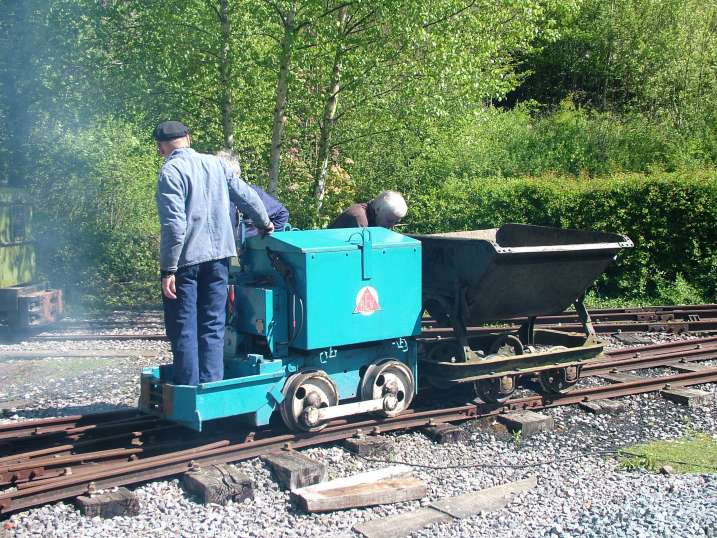 Blue BEV T8033 and skip on the cliff-side line. 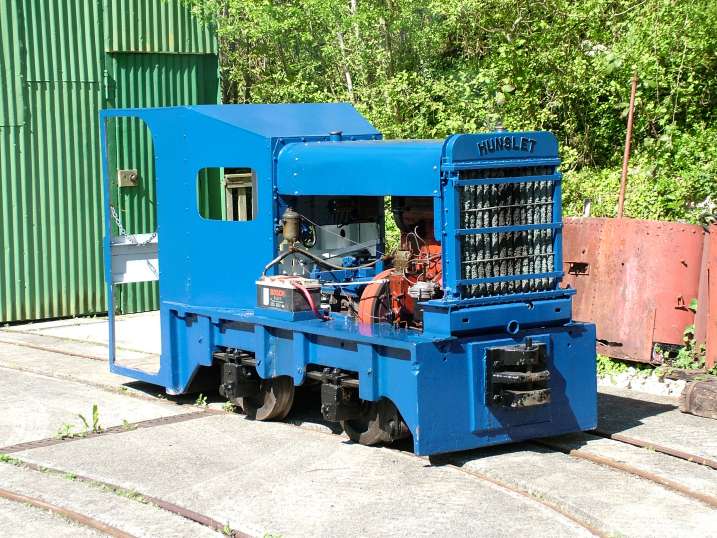 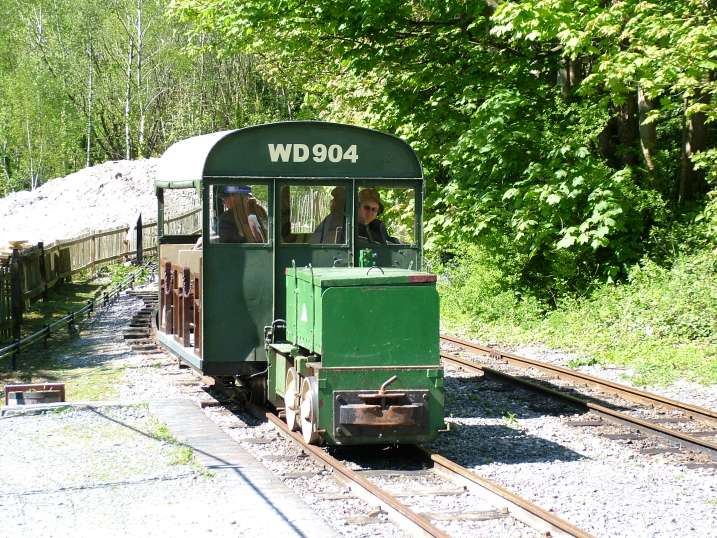 Part of the passenger service was provided by the Wickham trailer
and BEV WR4998/1953, seen here leaving Brockham. 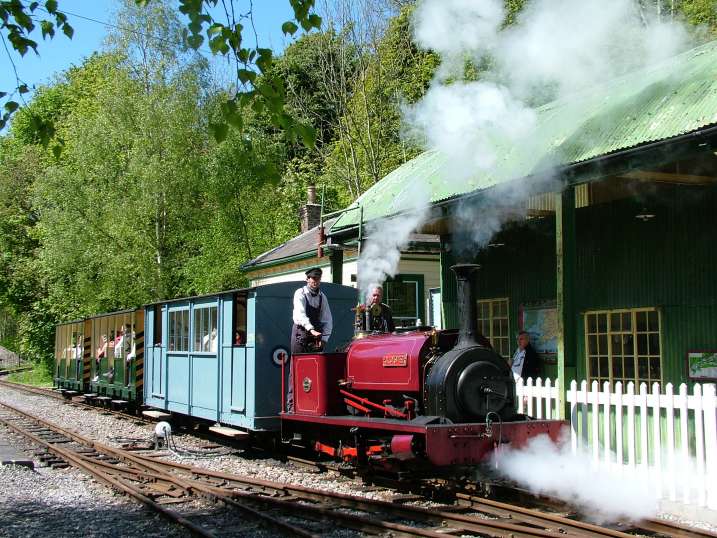 The main passenger service was maintained by Cloister and three bogies. 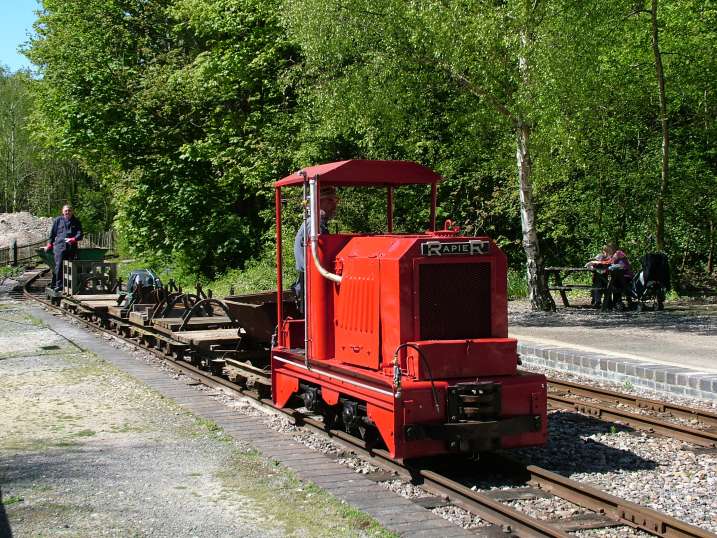 The Ransomes & Rapier enters Brockham from Amberley with the works wagons. 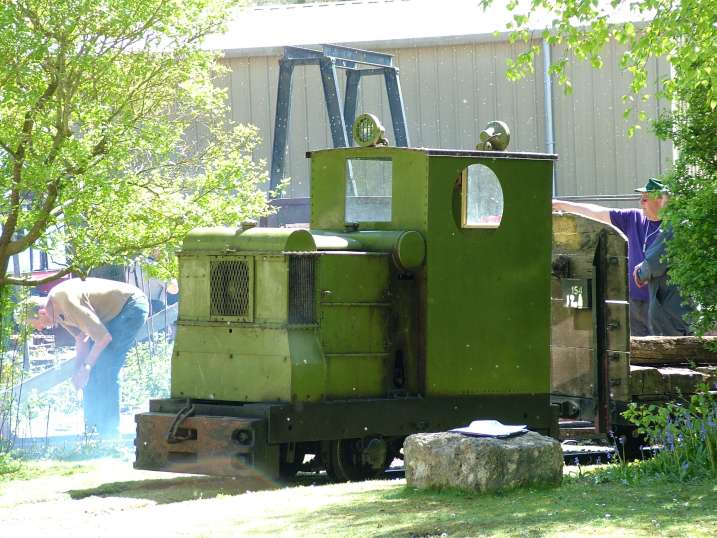 The Ruston awaits the green flag with the ammo wagons. 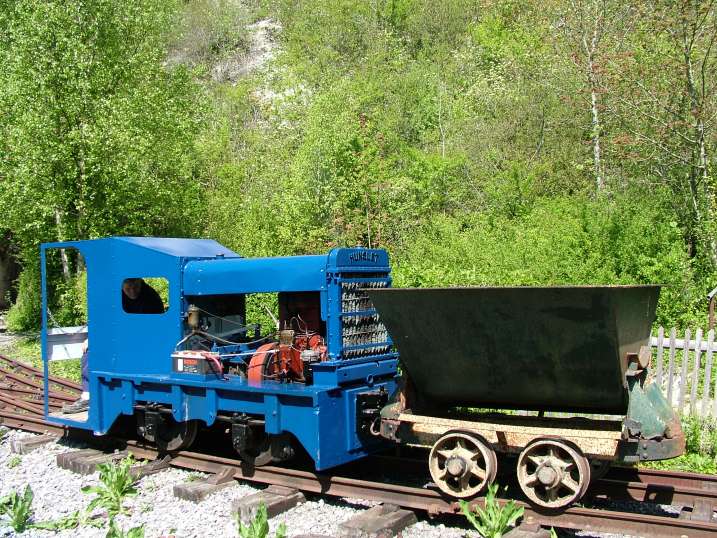 The Thakeham Tiles Hunlset with one of the Thakeham skip wagons on the cliff-side line. 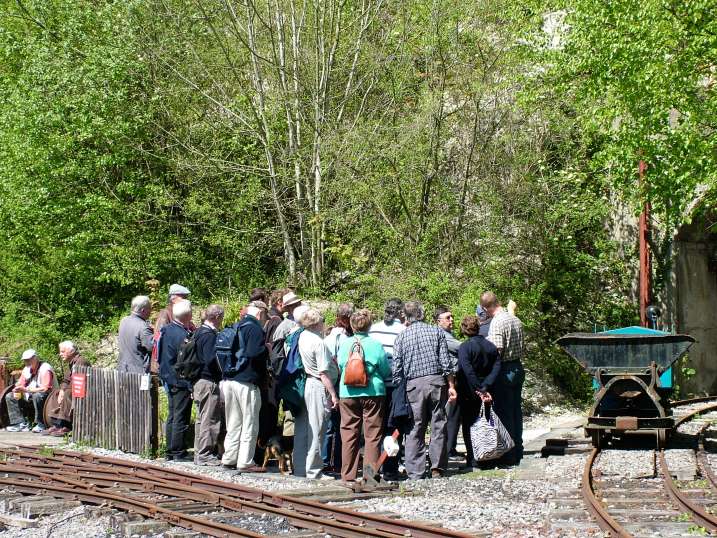 Our "behind-the-scenes" conducted walks again proved popular.
The enthralled participants pay attention outside the tunnel, used in the James Bond film, "A View to a Kill". 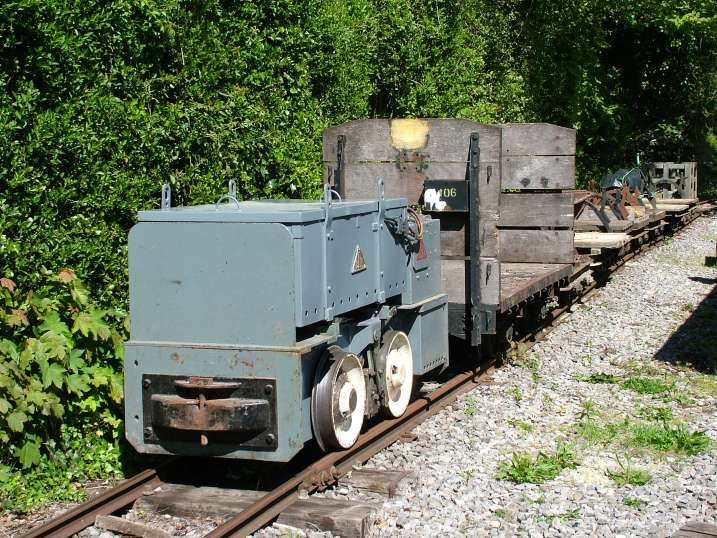 The grey BEV, now that it has its own batteries, made several sorties down the line. 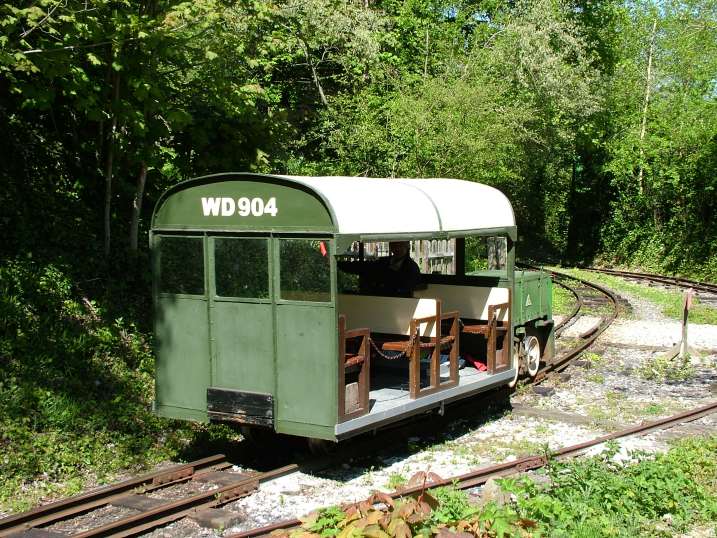 The Wickham - with no passengers at all, arrives at Amberley. 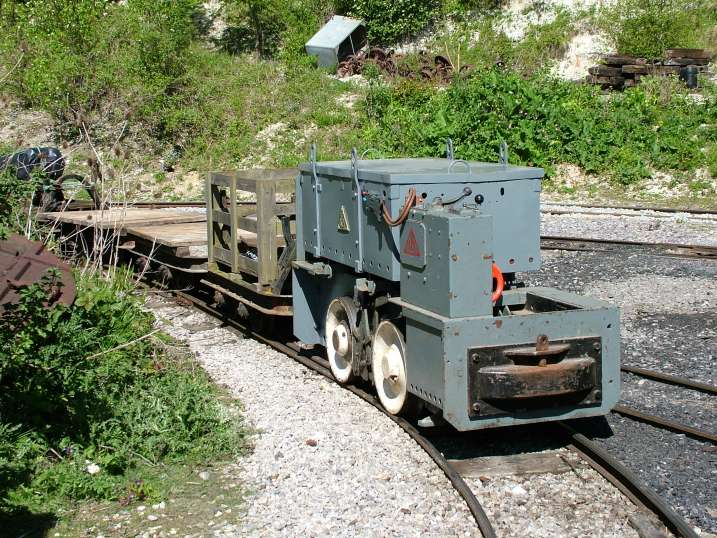 The grey-BEV - WR5034/1953 for all you number-crunchers, at the top of the pit waiting for the wagons to be collected. 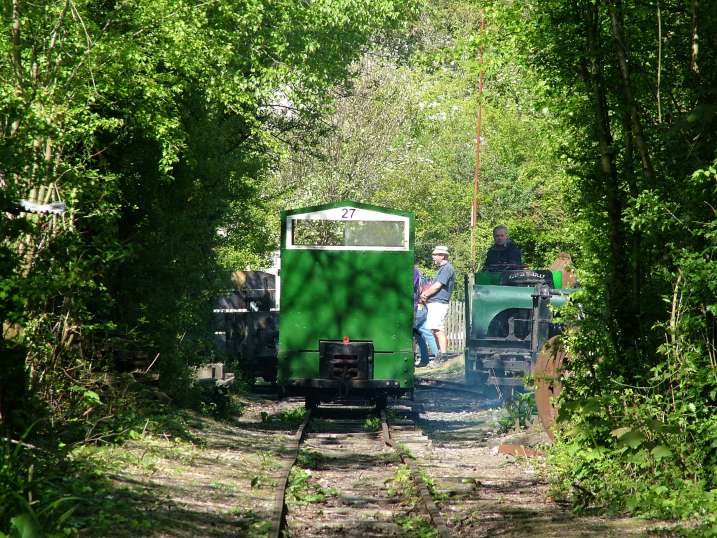 Much of the action centred on the newly laid Redcar Sidings.
27 approaches down the line behind the Pottery. 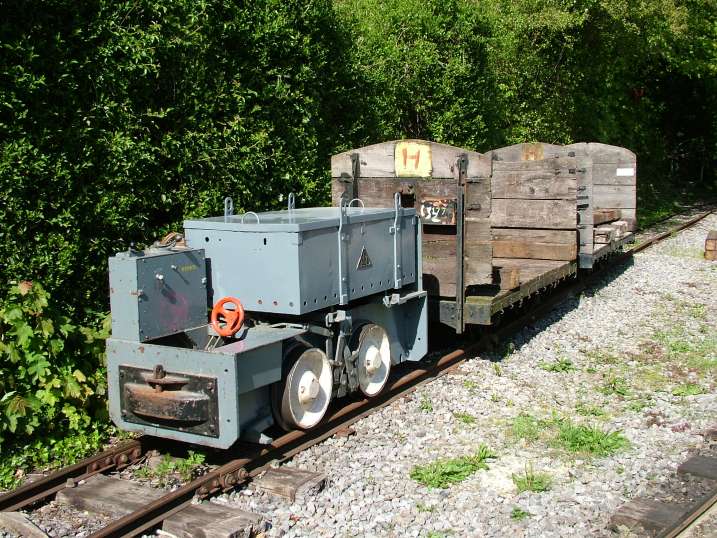 WR5034 back at Amberley, this time with the two ammo wagons.

Missed the event? Tch tch! Well never mind, you can have another
chance to catch us in action at the Autumn Industrial Trains Day on 18 October. Hope to see you.