Following the conclusion of their operation at the Kew Bridge Steam Museum in West London, the Hampshire Narrow Gauge Railway Trust needed somewhere to park their Quarry Hunslet "Cloister" (542/1891). The Museum was pleased to be able to offer them space on the railway. 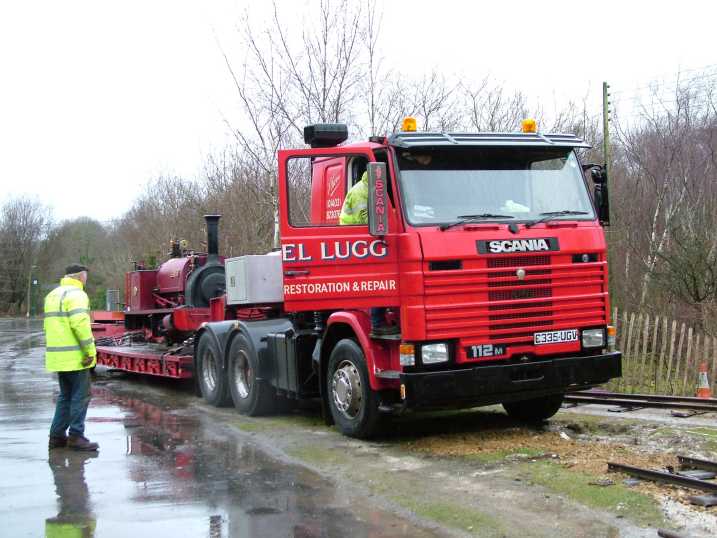 And so on Sunday 25 January Michael Lugg's low-loader arrived at Amberley with Cloister on board. 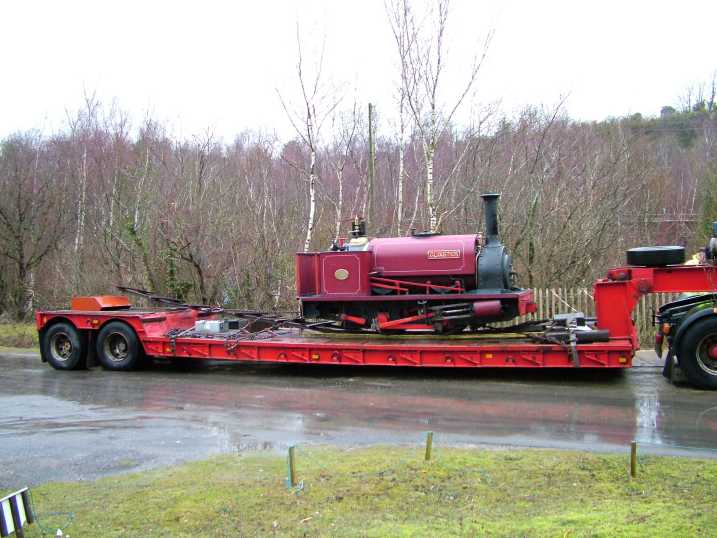 Cloister looks a little lost on such a large traier! 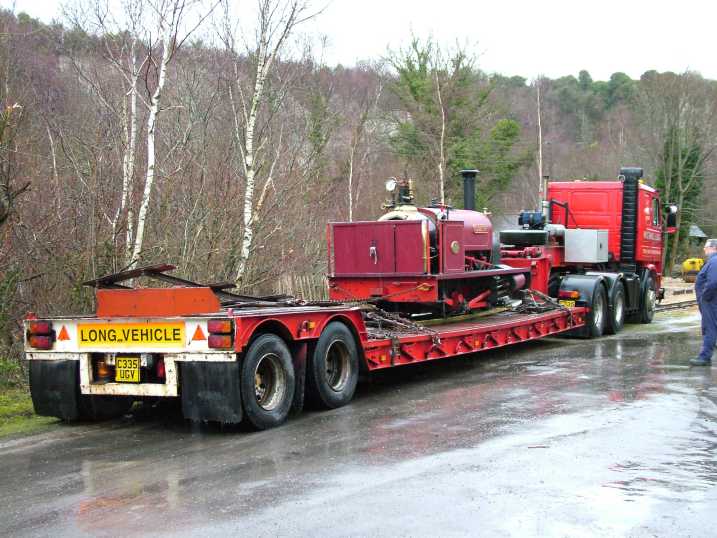 A careful bit of lining up with the new trackwork at Redcar sidings - specially, if temporarily, laid for the job. 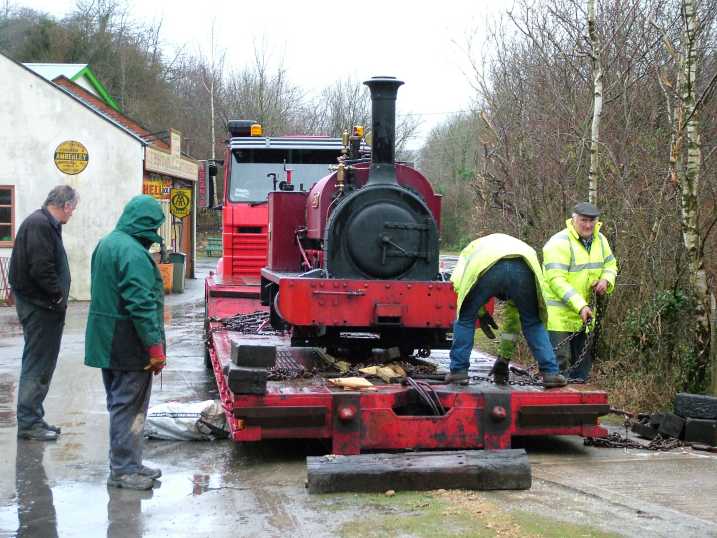 The tractor unit is removed and the trailer levelled up. 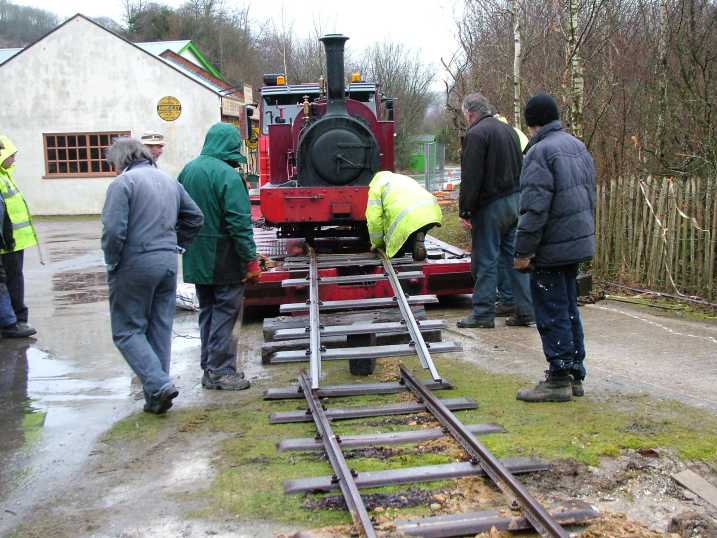 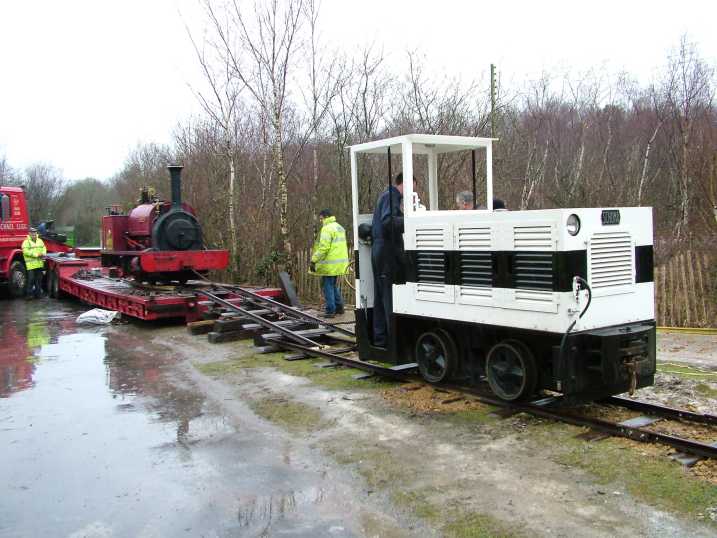 Enter Chris Mann with the Schoma ..... 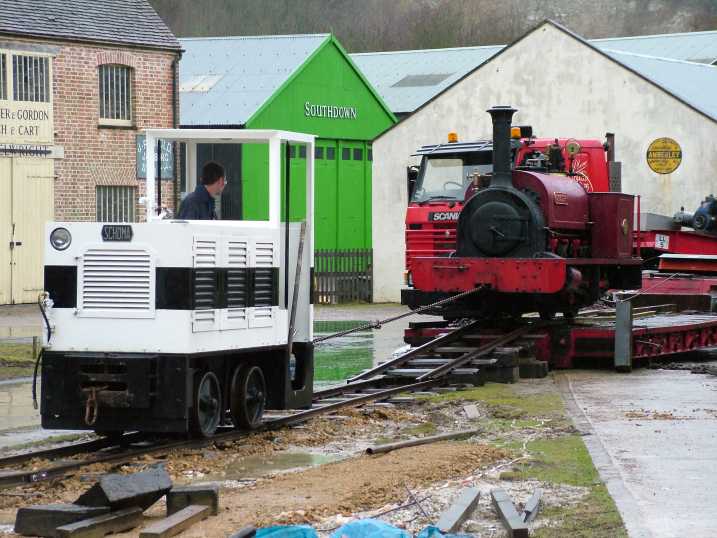 ..... and a chain fixed between the two locos to draw Cloister slowly to the edge of the ramp. 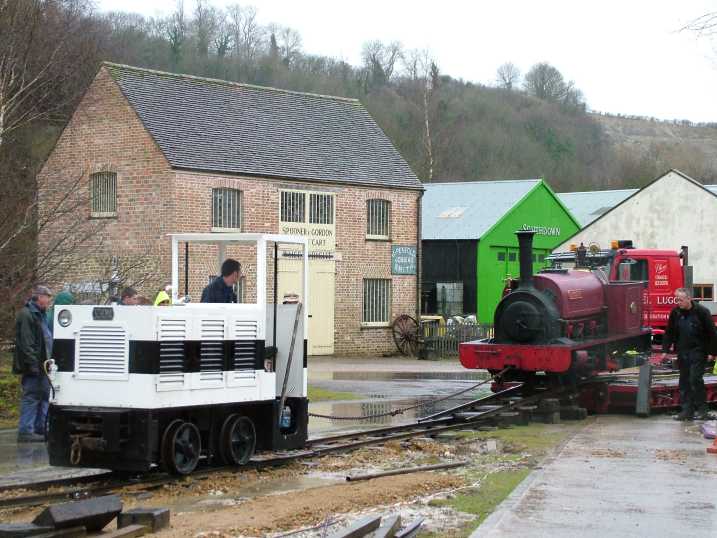 Cloister begins her descent. At this point, the winch on the trailer is taking the weight to stop any runaways. 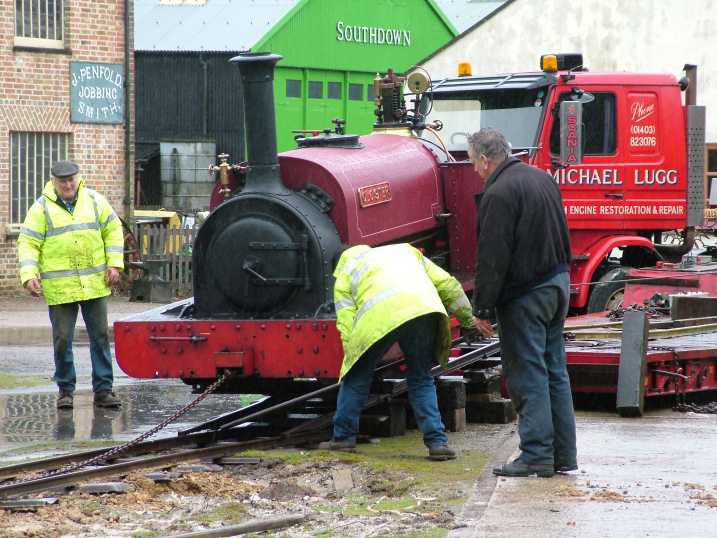 A slight adjustment to the alignment of the rails ..... 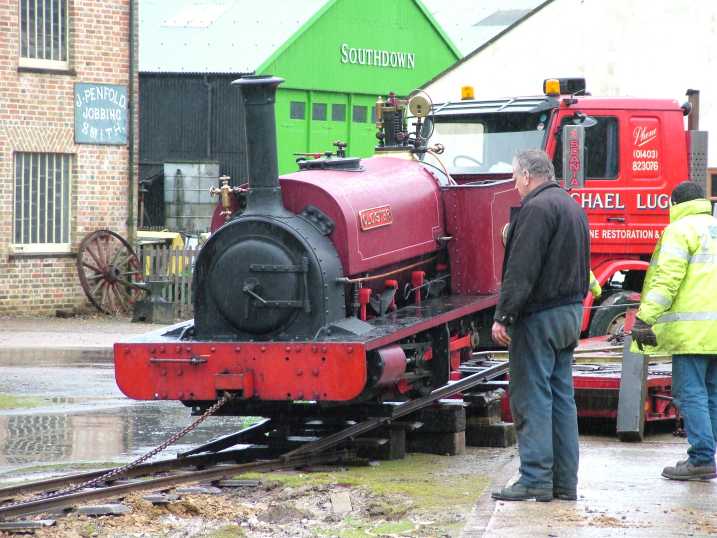 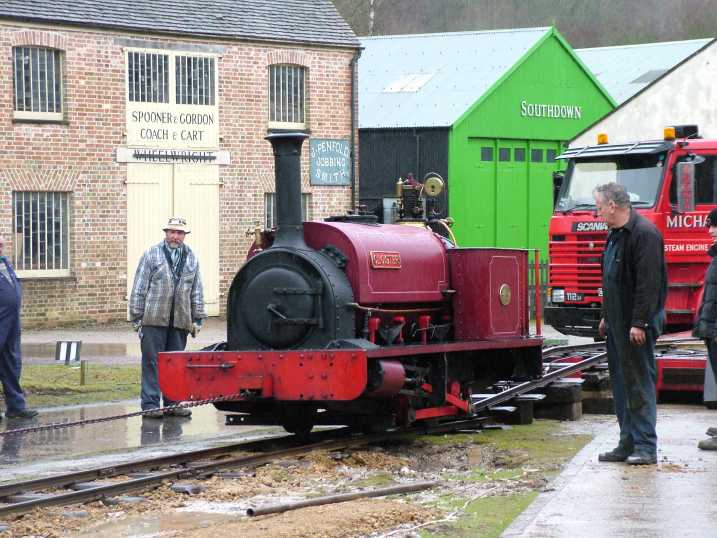 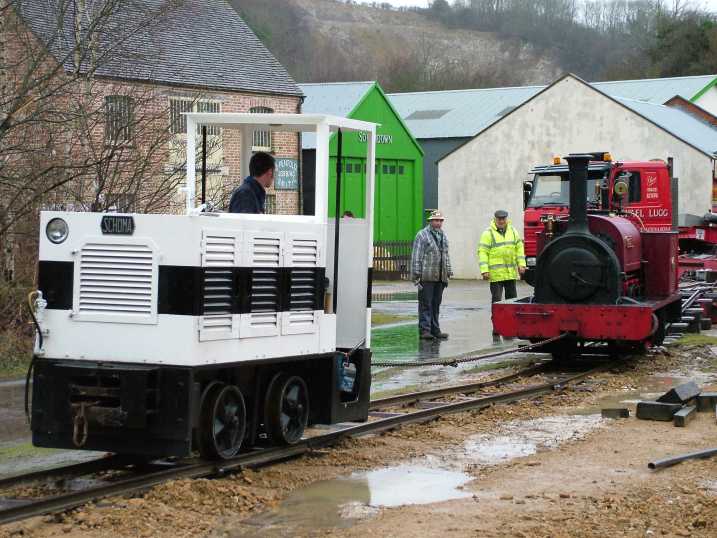 Chris prepares to haul Cloister up the hill to the loco shed. 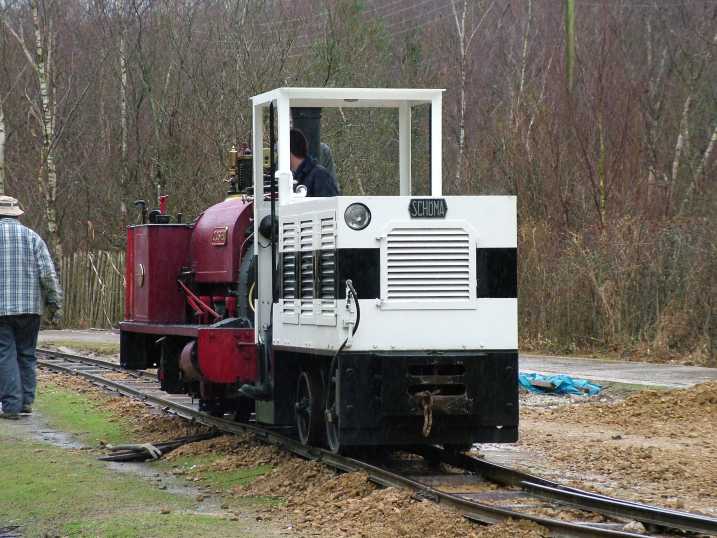 The rails were a bit wet so progress was somewhat sedate. 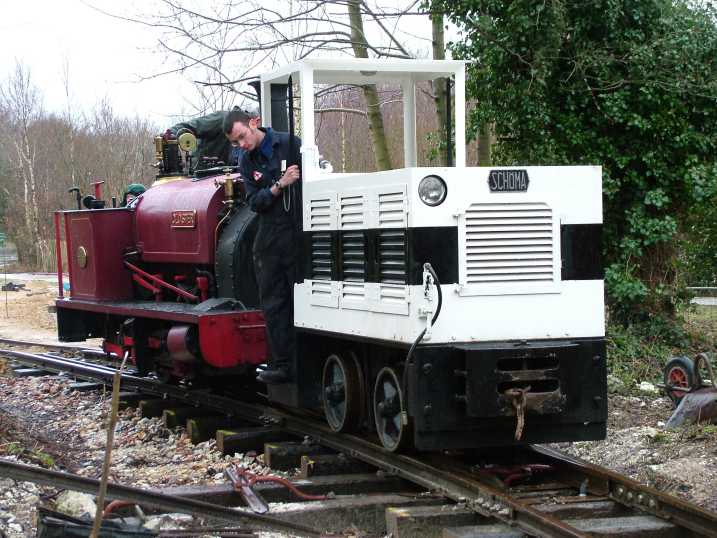 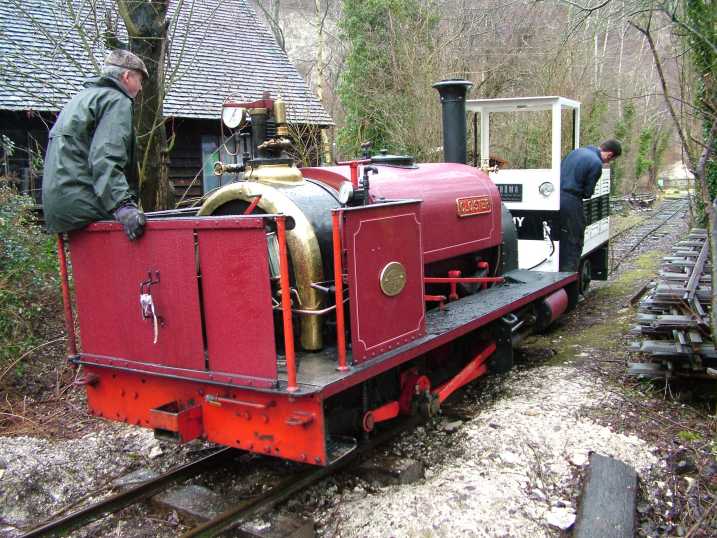 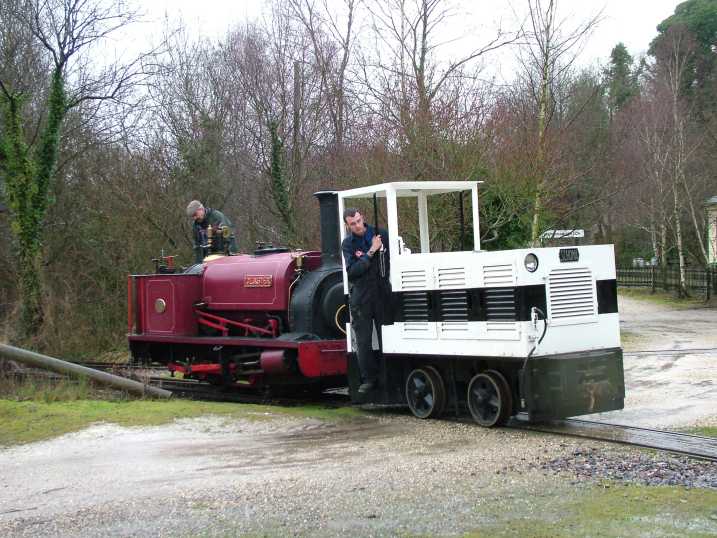 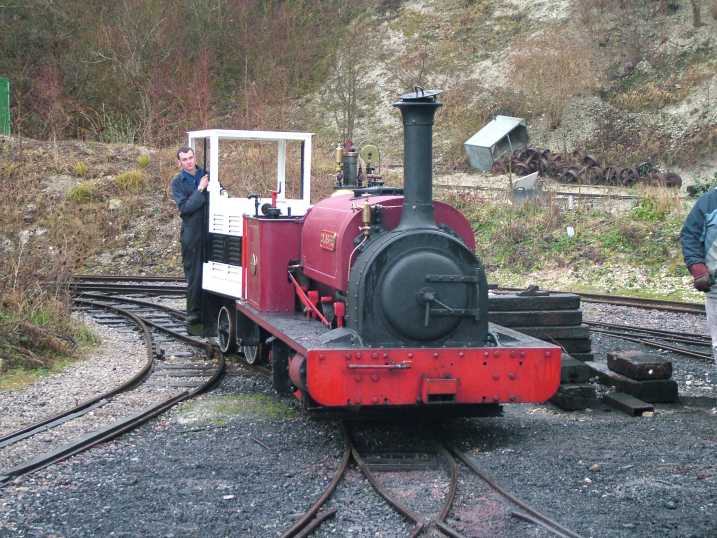 A quick shunt to get Jenny on the back and Cloister heads for the shed. 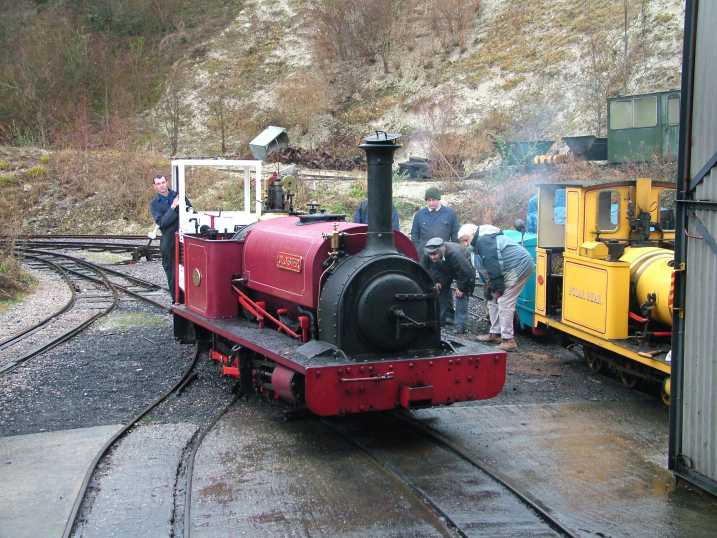 Final few yards - the progress through the y-point is checked by Keith and Peter. Again no problems.

Cloister will be used at the Museum on occasion - plans are that she will feature at the Industrial Trains event on 26 April.

Her current boiler certificate expires later this year. Museum workshop facilities will be made availble to the Trust
to enable them to complete any work required to recertify her for future operation.

Transport was arranged by HNGRT and efficiently executed by Michael Lugg and Ged Russell to whom many thanks.