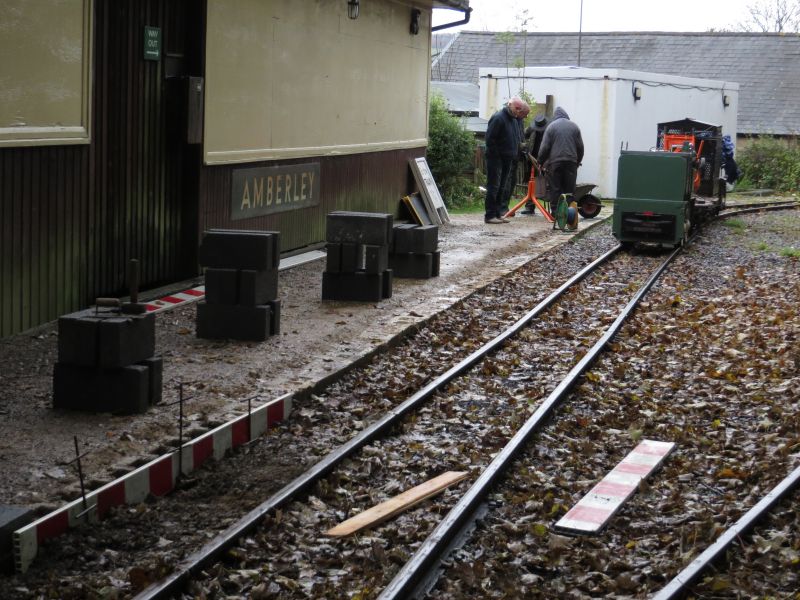 The first task was to break off all the old bricks which formed the previous platform edge. These had been in place since the platform was built in 1984. Fortunately, the blocks forming the base were found to be in reasonable condition apart from one short length which was cleaned out and the blocks reset. 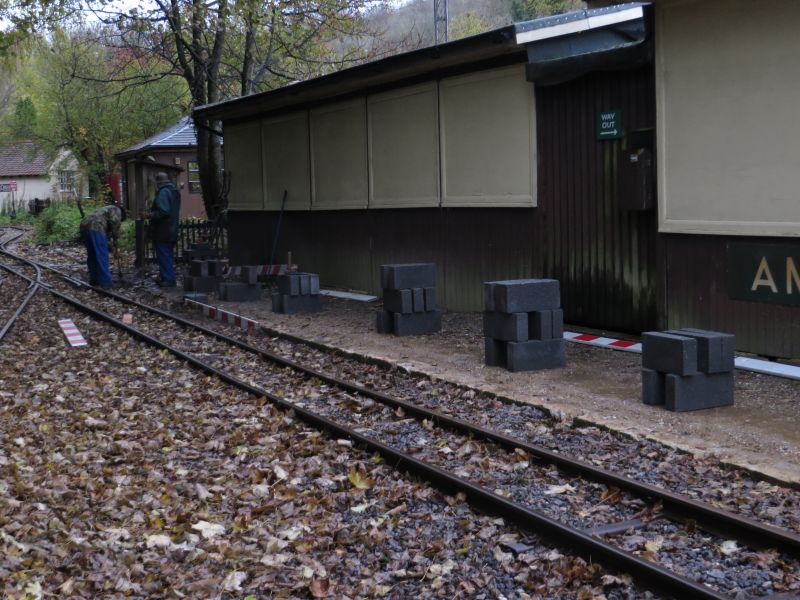 New blocks for the edging, which would be about 9 inches higher, were brought in and stacked ready for laying. 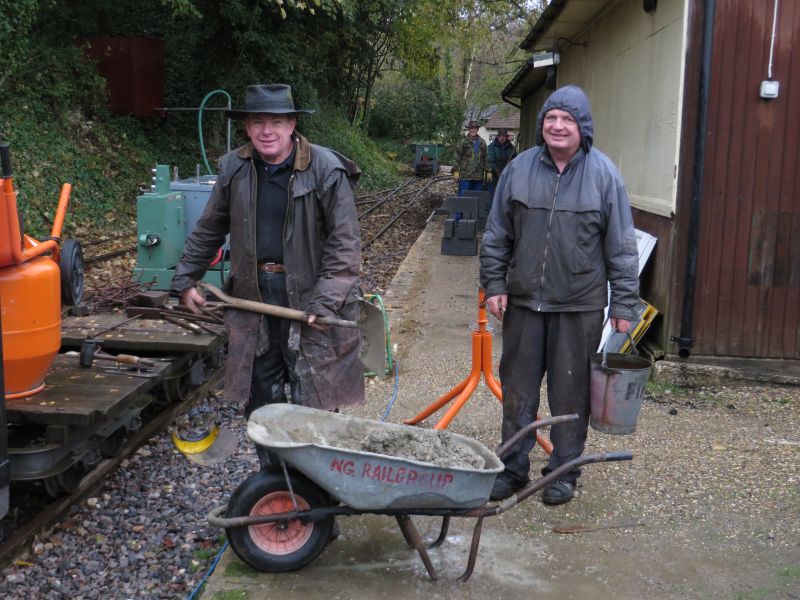 Trending!! The varied fashion statements by members of the RailGroup are illustrated here by Andy and Steve (in the hat) as they mix cement for the block laying. 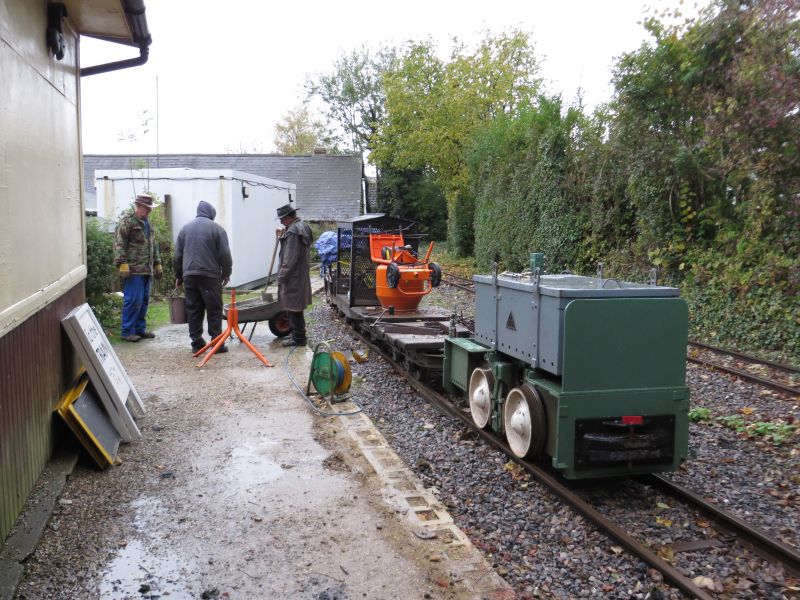 One of the BEVs (WR4998/1953) with the works wagons in the station. Weather was not the best while we were doing this job. 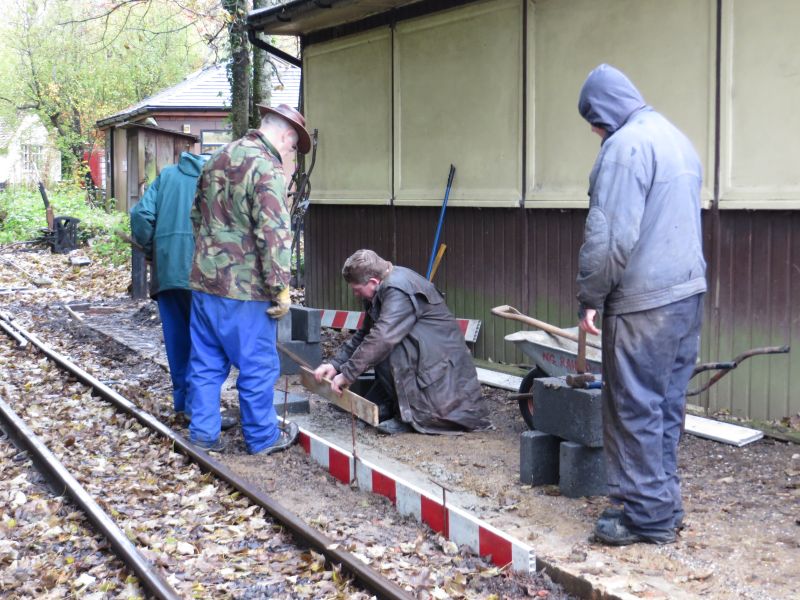 The first of the new blocks is laid and levelled. 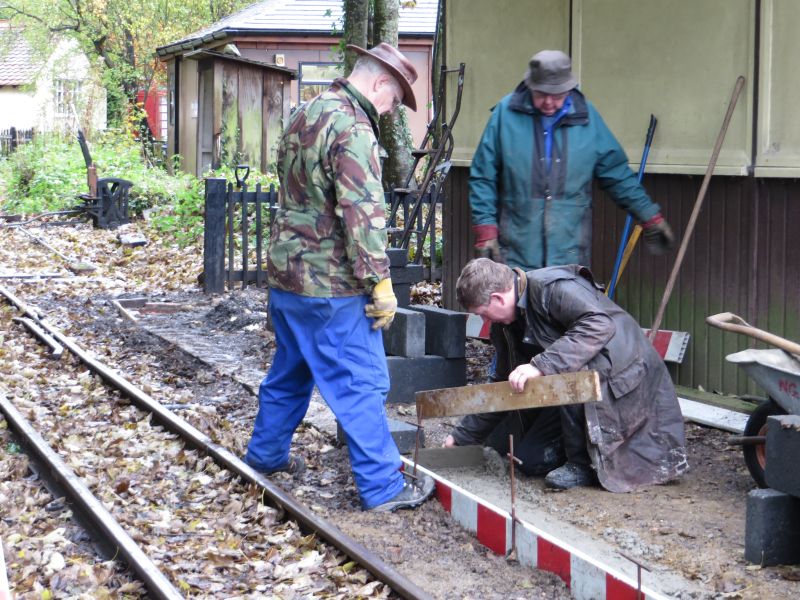 Those leaves are going to have to be swept up as well. 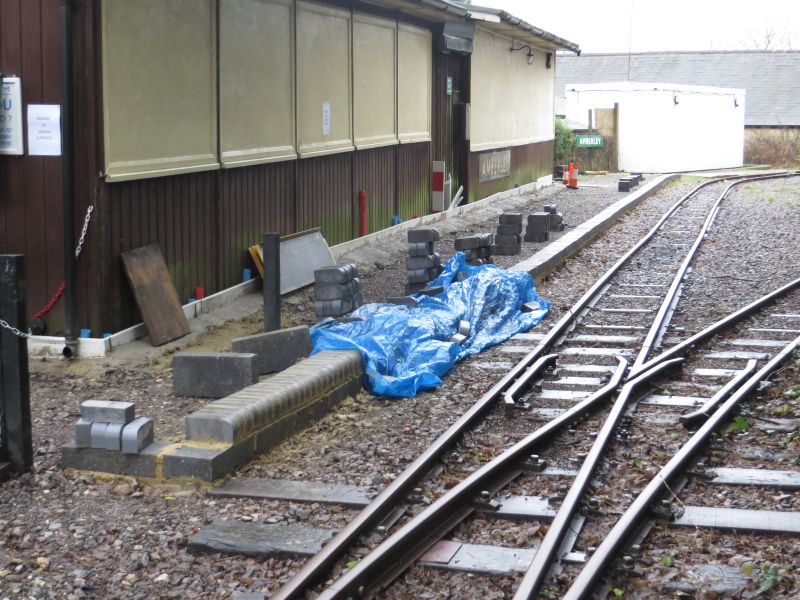 Once the blocks had been laid and allowed to set, the blue engineering bricks were soon being cemented in. 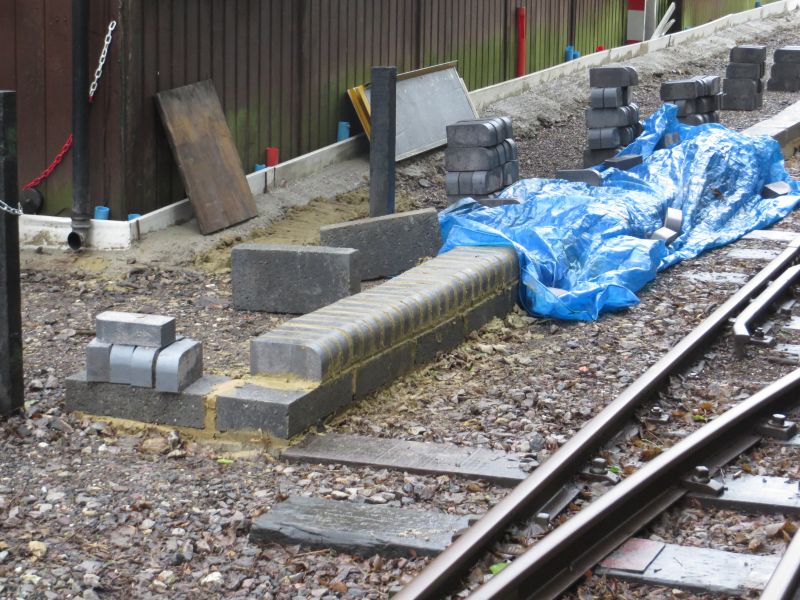 Close up of the new brickwork. None of us is a professional bricky - does it show? (Don't answer that!) 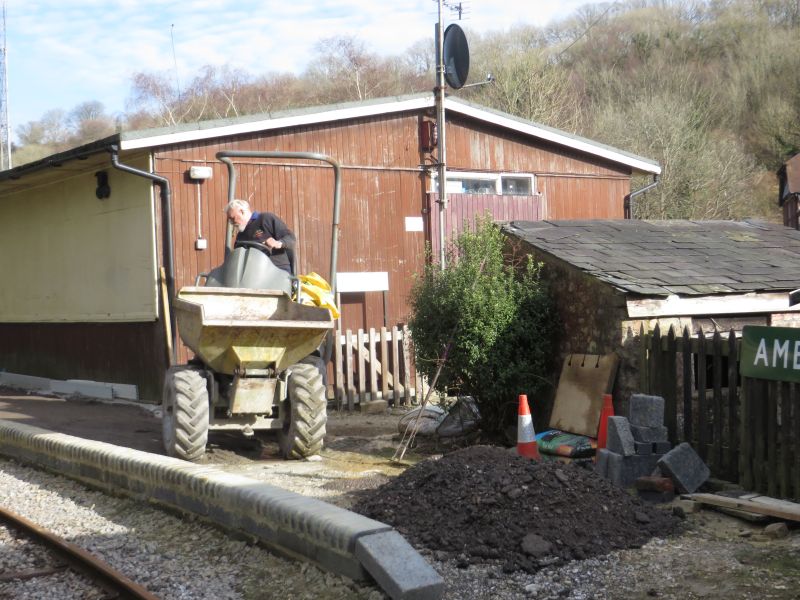 By the beginning of March we were able to bring in the filling material to raise the platform surface up to the level of the new platform edge. Here is Tony Johnson bringing another tipper-load for us to spread. 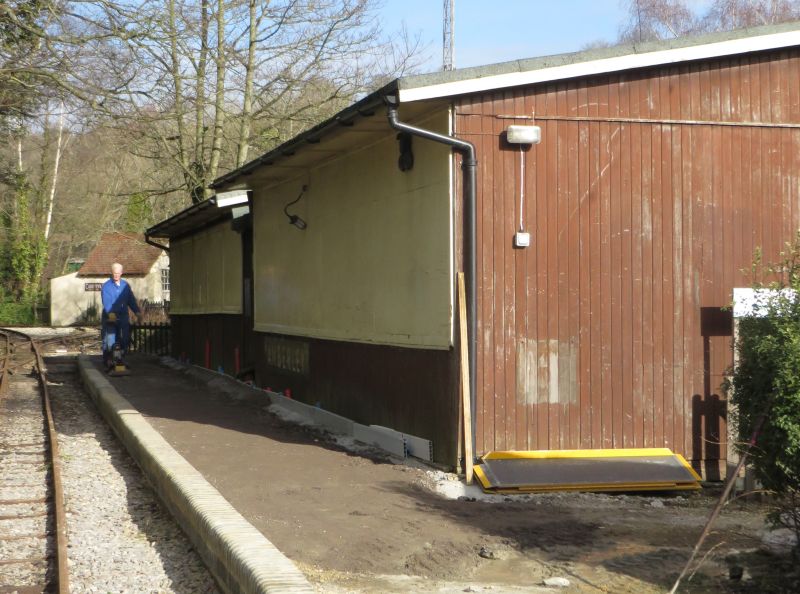 The new material was then consolidated using a vibrating "whacker-plate", seen here being driven by Ian. The weather had improved by now as well which really helped. The new platform was ready for use by the time the Museum opened for the 2014 season.

Thanks are due The Friends of Amberley Museum & Heritage Centre for funding this project.